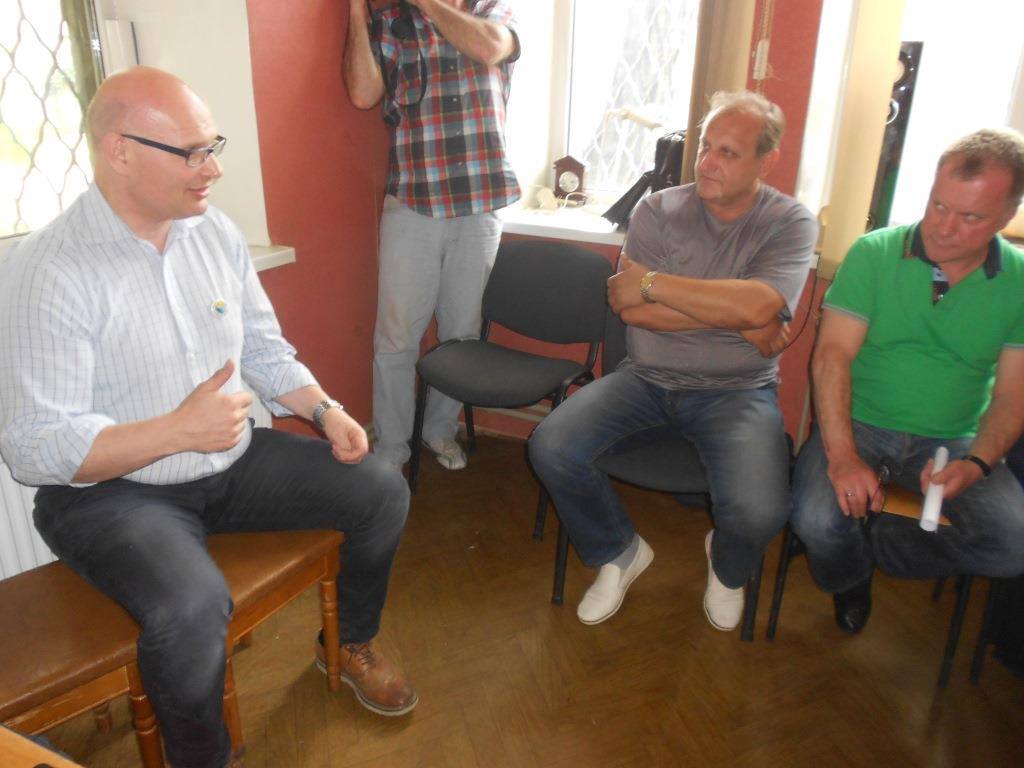 Current Stage 3 of our project will continue activities and implement strategies developed during previous stages (September 2014 – May 2015) of peacebuilding activity in 5 regions of Ukraine. The project will focus on further development and implementation of long-term strategies and guidelines of conflict resolution we worked on since September 2015.

Since September 2014 until May 2015 we have implemented pilots of strategies of conflicts transformation into mediation process in 5 borderland oblasts of Ukraine by joint task forces of activists, journalists and local authorities who received trainings we designed and delivered. Analyzing outputs of these pilots, we were able to communicate the results to government authorities and co-author two laws and one president’s decree.

We plan to launch wide area inclusive public discussion of these strategic frameworks by organizing array of public events (forums, conferences, teleconferences) thus creating the snowball effect of public participation in the discussion.

We will continue to transform local conflicts in 4 key borderland Ukrainian regions into the mediation process by joint task forces of trained activists, experts and journalists, established as a result of 2 former stages. We plan to increase involvement or religious leaders in these task forces (all religious denominations).

Activities will target both hot and lingering conflicts and develop strategies of local conflict transformation and prevention, engaging new institutions, activist and experts, improving the results of former stages of the project..

Project will be implemented in following problematic borderland regions of Ukraine:
1. Luhansk oblast with focus on borderlands with Russian Federation and war frontier, IDPs
2. Donetsk oblast with focus on war frontier related issues, IDPs
3. Kherson – border with Crimea and territories where IPDs from Crimea are hosted, waterline borders.
4. South Besarabia in Odesa oblast, where ethnic tensions are high, and attempts to create Bessarabian People’s Republic are intense

We will also work with focus on sub-region “Azov sea coast” (within oblasts 2 and 3 and coastal line of Zaporizhzhya oblast) addressing issues of ethnic tensions and war proximity.

We plan to train 105 new peacebuilders who will share the knowledge and skills with others and to obtain the success stories of local conflicts transformations to be shared with local and central government bodies, media and EU decision makers. We will train 110 local journalists to cover peacebuilding activities. We plan to organize at least 120 public events to promote civic peacebuilding and strengthen the local communities.